Six day war :A war for existance of small country

Six day war between Israel and United Arab league was divide the world in two part .Western world stand with the Israel and all Muslim countries stand in support of Arab league. Egypt became the leader of the Muslim countries. After the Suez Canal crisis, Egypt well aware the fact the no western county direct support to Israel due to their interest in Suez Canal. Egypt also want to teach a lesson to Israel which help maintain power balance in middle east .Egypt well aware the fact that he was not able to defeat Israel alone so he took support of Jordon ,Syria Iran. Saudi Arabia, philistine and other Arab countries in this regard. 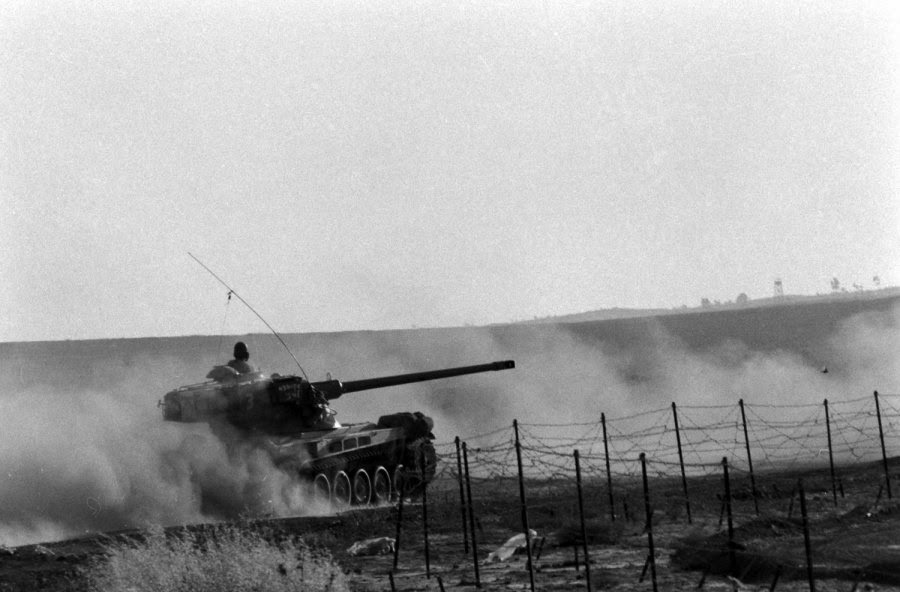 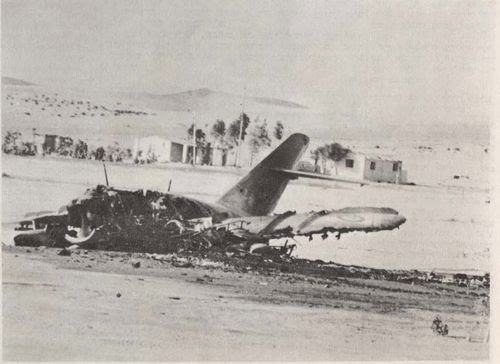 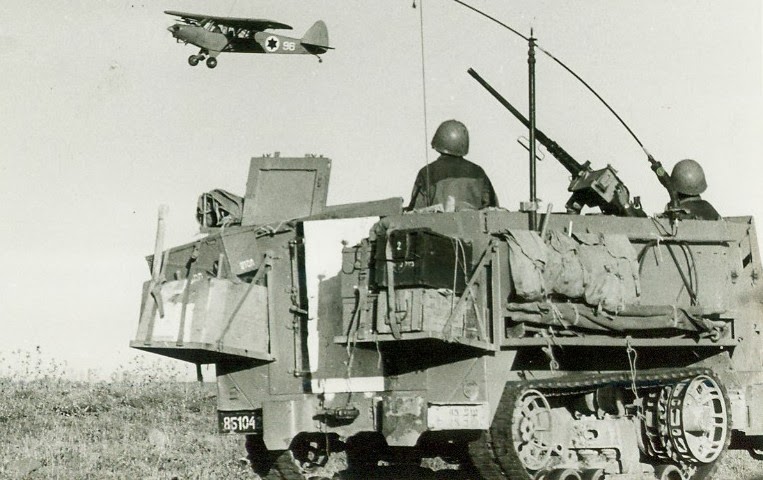 All the Muslim counties directly or indirectly took part in this war. Pakistan sent there air force pilot, some Muslim countries financially support, some support with their arms and ammunition, some support with their man power .Only one country which can lost many things with this war is USA, because both side used the American weapons and US support Israel in this war but he has financial interest with the Muslim countries of the middle east due to the petroleum .I thought this war was war of crusade where one side Muslim countries and other side a Jewish with christens support. Israeli secret service was playing the most crucial role in this war as because all Arab world jointly march to attack Israel but on the mean time Israel got the information through Mossad and planned a surprise attack in Arab air force bases. This surprise attack was destroyed the 2/3 of the air power of the Arabian countries and through the whole duration of war Arab air force unable to make any attack in the Israel territory. 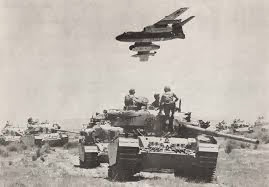 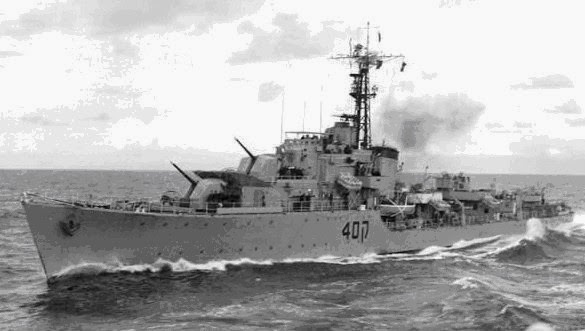 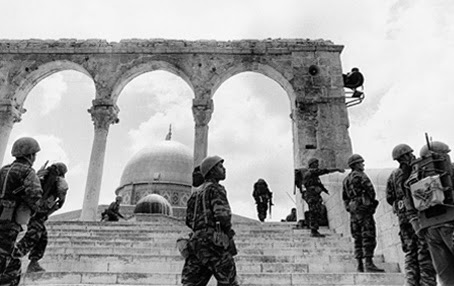 Israli Paratroops at the dome of rock after their sucess

Israeli Air Force attack at 12.30 A.M. at Jordon airbase and destroyed their Hawkers and Hunters. Only One Israeli jet short by ground attack. Israeli Air Force also attack Iraqi Air base, they destroyed 12 MiG-21s, 2 MiG-17s, 5 Hunter F6s, and 3 Il-28 bombers .Only one fighter and a bomber shot down by a Pakistani  pilot ,who was in base during the raid. Israel also used surface to surface missile developed with France to attack Jordon defense position as well as radar position. 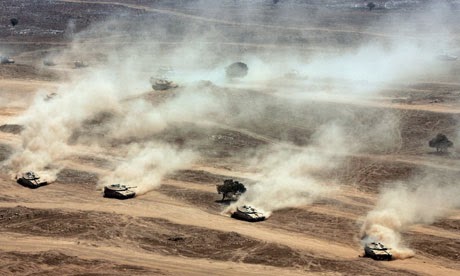 Israli gunboat passing through strait of tiren near sharm a shesk 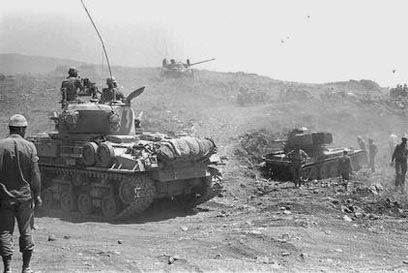 Israel had captured many areas of Egypt, Syria and Jordon, but later on return after peace agreement and able to capture most of terrorist in this strike.

The main reason for Israeli victory was that, they fight for their existence, they were brave they know that their will power and iron determination definitely gave them success .As I writer I was really impressed with such a planning and strategy, which help a small country to beat joint attack of powerful countries.

Posted by Hirakant singh at 11:15 PM No comments:

These are top ten defense technologies of Russia for 2013, according to National Defense magazine. 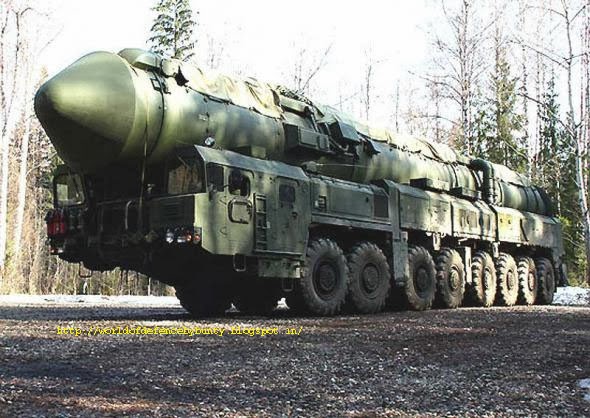 The RS-24 Yars, a thermonuclear intercontinental ballistic missile, takes the lead of the list. It was first tested on May 29, 2007 to replace the older R-36 and UR-100N that have been already used almost for 50 years. The RS-24 is a missile that is heavier than the current Topol-M (which can carry up to 10 independently targetable warheads). 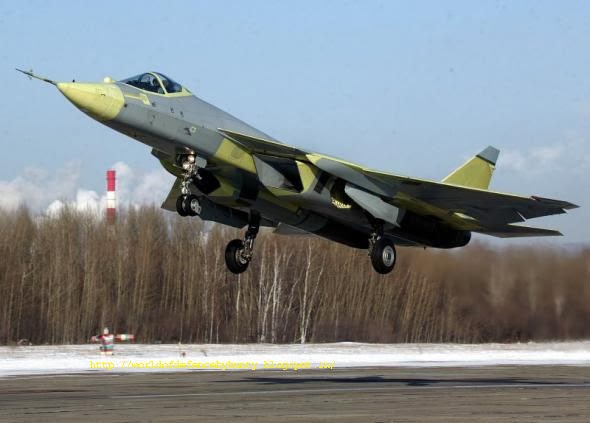 The second place goes to the Sukhoi PAK FA which is a twin-engine jet fighter being developed by Sukhoi OKB for the Russian Air Force. The Sukhoi T-50 is the prototype for PAK FA. A fifth generation jet fighter, the T-50 performed its first flight 29 January 2010. The PAK FA has a reported maximum weapons load of 7,500 kg. It has an apparent provision for a cannon. It could possibly carry as many as two 30 mm cannons. It has two internal bays estimated at 4.6-4.7 meters by 1-1.1 meters. 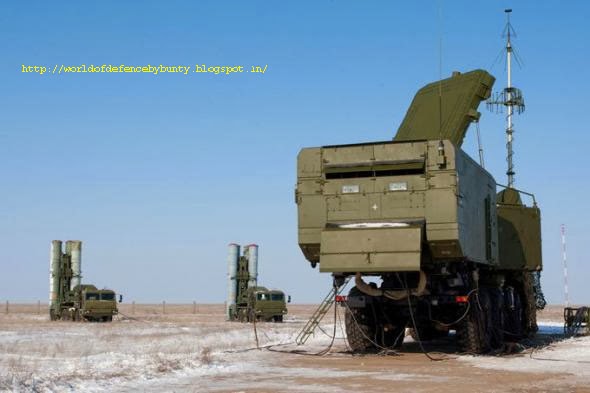 The S-500 is a new generation surface-to-air missile system, designed for intercepting intercontinental ballistic missiles and for defense against Airborne Early Warning and Control, Airborne Warning and Control System, and jamming aircraft. With a planned range of 600 km, the S-500 would be able to detect and simultaneously engage up to 10 ballistic supersonic targets flying at a speed of 7 km/s and will have a flight ceiling of 40 km. 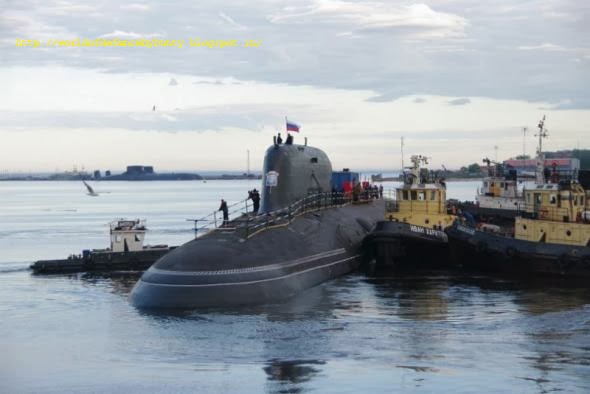 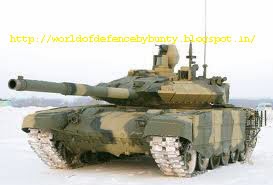 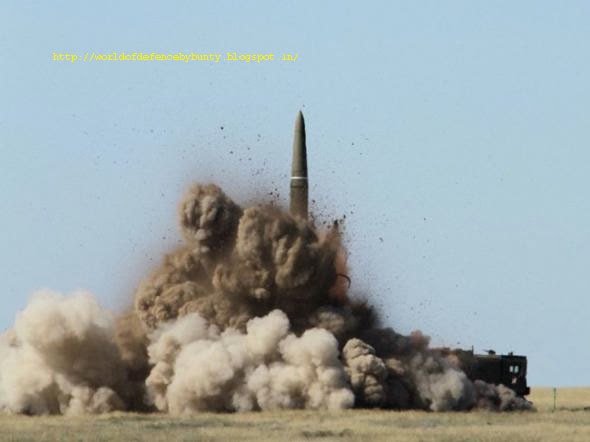 The 9K720 Iskander is a mobile ballistic missile system. The Iskander ballistic missile is superior to its predecessor, the Oka. The Iskander-M system is equipped with two solid-propellant single-stage guided missiles. Each one is controlled throughout the entire flight path and fitted with a nonseparable warhead. Each missile in the launch carrier vehicle can be independently targeted in a matter of seconds. The mobility of the Iskander launch platform makes a launch difficult to prevent. Targets can be located not only by satellite and aircraft but also by a conventional intelligence center, or by a soldier who directs artillery fire. Targets can also be located from aerial photos scanned into the computer. The missiles can be re-targeted during flight in the case of engaging mobile targets. 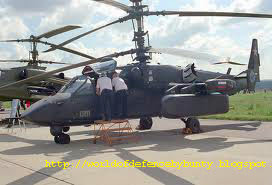 The Ka-52 Alligator is another modification of the basic Ka-50 design. It features a two-seat side-by-side cockpit, and is designed to detect targets and redistribute them among supporting Ka-50s and Mi-28s. Equipment includes radar with two antennas mast-mounted for aerial targets and nose-mounted for ground targets, and Samshite day-and-night TV/thermal sighting system in two spherical turrets (one over the cockpit and the second under the nose). The Ka-52 retains the side-mounted cannon and six wing-mounted hardpoints of the original Ka-50. 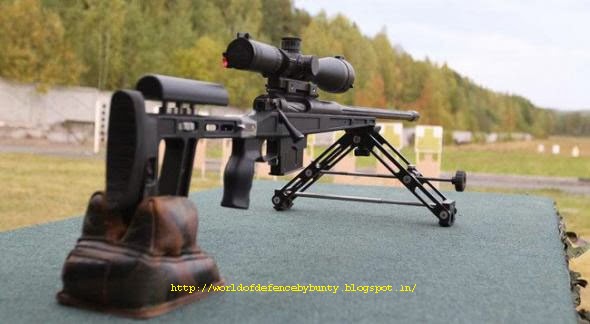 The technical capabilities of the ORSIS-5000 rifle allow it to guarantee engagement of targets at any time of the day and night, without technical preparation or additional shots fired at range of up to 1.5 km. The rifle is produced in two calibers: .308 Winchester for short and medium ranges and .338 Lapua Magnum for medium and long ranges, and is intended for use by Russian counter-terrorist and special-operations units. According to their developers, the rifles stand out, first and foremost, for their high-class materials. Almost the entire rifle, and especially its main parts (the barrel and bolt/chamber group) are made from high-grade stainless steel, allowing for unbelievably high accuracy and range. 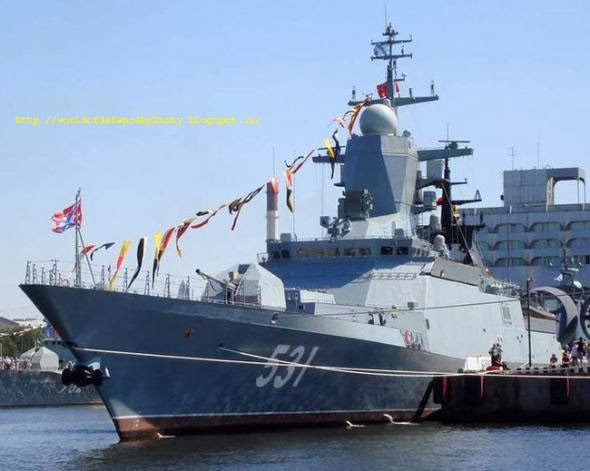 The Soobrazitelnyy (“Smart”) is the second ship of the latest class of corvettes of the Russian Navy, the Steregushchiy (“Guarding”) class. The ship is being built by the Severnaya (“North”) Verf shipyard in Saint Petersburg and was laid down in May 2003. It was launched in late March 2010 and is expected to join the Baltic Fleet in the beginning of 2011. The ship is the first of the class to be fitted with the Redut system intended to increase its anti-aircraft capabilities with respect to the Kashtan CIWS previously used. 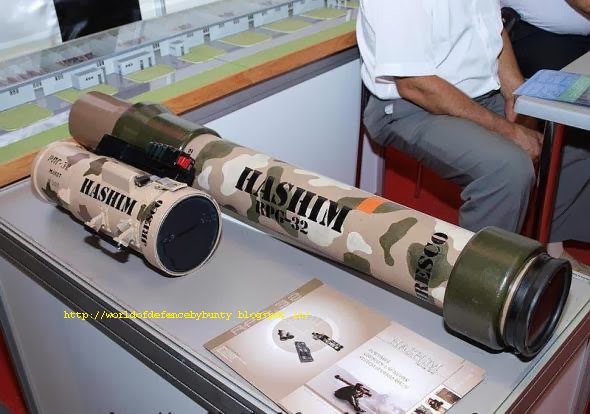 The last one on the list is the RPG-32 Hashim is a Russian hand held anti-tank multipurpose grenade launcher. It consists of a short, reusable launcher tube with grips, firing controls and sight mount, detachable collimating sight and disposable ammunition containers, which are pre-loaded at the factory and attached to the rear end of the launcher before firing. The RPG-32 can be used to successfully engage and destroy a wide variety of battlefield targets, from modern main battle tanks and armored personnel carriers to bunkers, military equipment and troops in defilade or in the open.

Posted by Hirakant singh at 2:01 AM No comments: